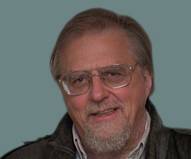 GWYNNE DYER has worked as a freelance journalist, columnist, broadcaster and lecturer on international affairs for more than 20 years, but he was originally trained as an historian. Born in Newfoundland, he received degrees from Canadian, American and British universities, finishing with a Ph.D. in Military and Middle Eastern History from the University of London. He served in three navies and held academic appointments at the Royal Military Academy Sandhurst and Oxford University before launching his twice-weekly column on international affairs, which is published by over 175 papers in some 45 countries.

His first television series, the 7-part documentary ‘War’, was aired in 45 countries in the mid-80’s. One episode, ‘The Profession of Arms’, was nominated for an Academy Award. His more recent works include the 1994 series ‘The Human Race’, and ‘Protection Force’, a three-part series on peacekeepers in Bosnia, both of which won Gemini awards. His award-winning radio documentaries include ‘The Gorbachev Revolution’, a seven-part series based on Dyer’s experiences in Eastern Europe and the former Soviet Union in 1987-90, and ‘Millenium’, a six-hour series on the emerging global culture.

Dyer’s recent books include “Ignorant Armies: Sliding into War in Iraq” (2003), “Future: Tense” (2005) and “The Mess They Made: The Middle East After Iraq” (2007), all of which were number one or number two on the Globe & Mail’s non-fiction best-seller list.

His new book “Climate Wars”, based on his recent CBC “Ideas” series of the same name, deals with the frightening geopolitical implications of large-scale climate change, and has just been published in Canada by Random House.

“Crawling from the Wreckage”, just published, traces the world’s halting emergence from the dark tunnel of the past decade, a time marked by exaggerated fears of terrorism, futile and unnecessary wars in the Middle East, neglect of climate change, and financial near-collapse.

Welcome to the site of author Gwynne Dyer. Gwynne Dyer is an historian and independent journalist, has published several books and has had his articles widely syndicated for many years. He is also available for university and corporate speaking engagements.

Crawling From the Wreckage